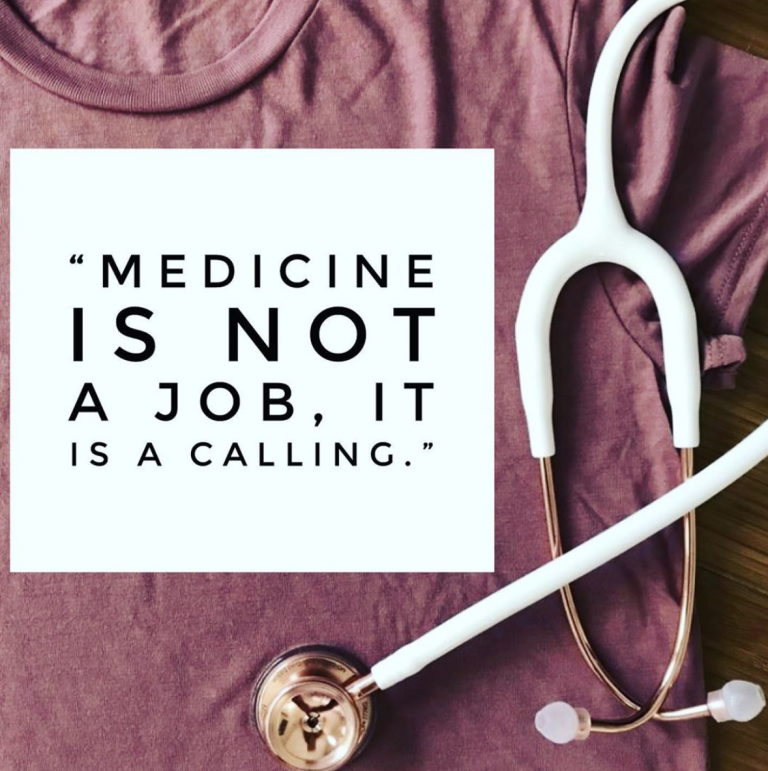 The other day, I was interviewed by the U.S. News and World report regarding why someone would make the financial decision to become a physician. My best answer was: “You don’t go into medicine to become rich, or famous, and definitely not to be well-rested. You go into medicine because it is a calling.”

12 years ago, I left my law practice to start the long, arduous journey of becoming a physician. Making the decision to leave law (a lucrative path at that!) to pursue medicine was an incredibly difficult one. If I had continued as an IP lawyer, I would be able to retire in the next 5 years, and enjoy a very comfortable retirement. But I would’ve lived only for my own comfort and the accumulation of wealth. But now, I am the person that is there for people on the worst day of their lives, and to me, there is nothing more meaningful.

If you start working as a plumber at 18yo, you will save more for retirement than if you become a doctor. With 12+ years of training, 8 of which you are paying into the system, and another 4+ of residency where you are barely paid enough to cover rent, the numbers don’t add up for doctors. But rationality has little to do with the decision to go into medicine. We make this decision because medicine is a calling. Because you can’t imagine doing anything else other than caring for those who are suffering. Because you have been so close to the human condition that you just want to alleviate other’s suffering. And any other life than that would be unsatisfactory.

I sometimes joke around that if I had stayed in law, I could be relaxing on my yacht on weekends, rather than working extra moonlighting shifts to pay down a mountain of loans. But life isn’t about dying with the most money, it’s about living in alignment with your values with the most meaning. There is a saying: “You may love medicine, but medicine will never love you back.” Whether or not medicine loves me back doesn’t matter to me. Medicine has taught me so much about being a compassionate, selfless, giving, empathetic human. And in that vein, medicine has given me so much than I will ever give to it.