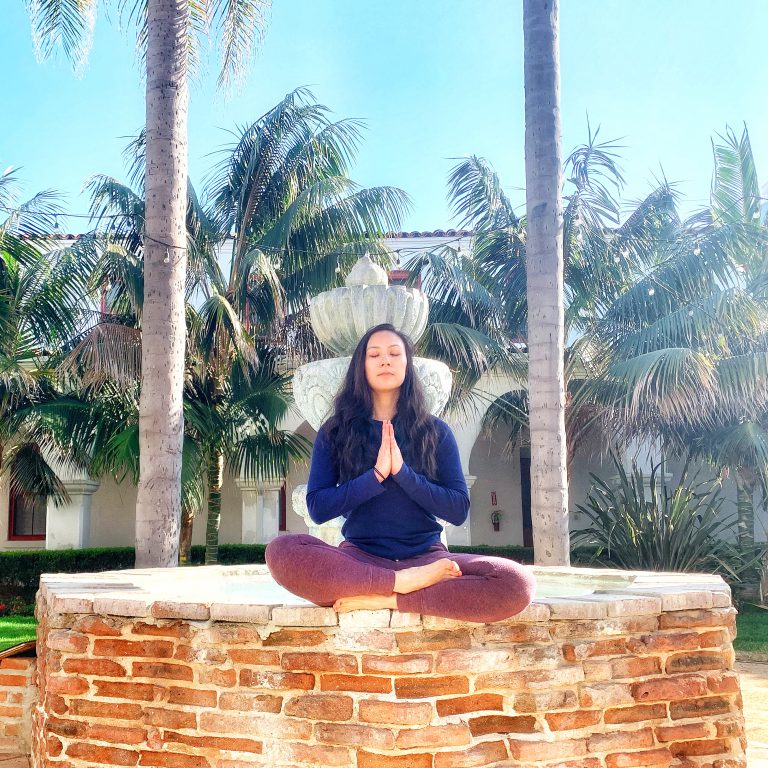 I’ve just come out of a weekend-long silent meditation retreat, and I yearn now for more silence. There is something about silence that is relieving. You don’t have to worry if you are likeable, or if what you said to the person next to you was the right/wrong thing. There is no awkward silence because silence is the norm. It is amazing and agonizing all at once. The journey is bone-shaking and uncomfortable. At times you feel elated, other times, you yearn to be stimulated and distracted. It’s a constant battle of confronting every feeling, thought and emotion you have with dynamic awareness.

Time can go slow when you are meditating. This retreat was held at a mission centered around a beautiful old cathedral in the hills of Southern California’s city of Oceanside. The bells of the church would tell our time, ringing every 15 minutes; one for ¼ past the hour, two for half hour, and three for 45 past, and 4 times plus the number of hours to tell us the time on the hour. Sometimes, when the bell would ring, I would be surprised and disappointed that time had passed so slowly. Other times, I would hear the church bells and wish I had more time because I was just then settling into a sense of stillness. And then it was gone. We would sit, then walk, sit again, then walk again. The day was broken up by silent meals where I would try to break the habit of shoveling food in my mouth to move on to my next task, and mindfully taste every bite. Then we would sit and walk again. Occasionally, our teacher, Matthew Brensilver, would share wisdom through dharma talks. And they resonated. Sleep was speckled with intense dreams and deep, catatonic rest. All of it in an attempt to surrender.

At times, we retreat to seek refuge in the suffering that is inherent in every life, even among the most fortunate. There is courage in the willingness to look within and evolve. It is just about mustering the courage. Sit-walk-sit-walk-sit-walk. Isn’t that what we are doing in our daily lives? But in the case of retreat, maybe living in that life just a little more mindfully.